The Mission of The Student Millionaire is to get every and all Young Adults and Students everywhere to put a Million-dollar goal on their personal radar screen not so much for the money as for the freedom it gives them to live their lives passionately doing what they love to do and not only bless their own lives in the process but bless the lives of others and help make this world a better place.

Talk with any self-made Millionaire, and they will tell you that it didn’t happen overnight. And that, ladies and gentlemen, is where most people fail. They give up. 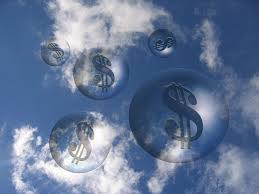 Remember, your path is your path. By staying focused on your Million-Dollar Goal, you are causing the Universe to customize your path based on your intentions, your thoughts, your interests, your desires, your personality, your gifts, your talents, your connections, your circumstances and whatever other elements are particular to you.

I often hold Farrah Gray as a prime example. Poor, no money, no connections, growing up in a single-parent family in the projects of south Chicago, Farrah Gray made his first Million Dollars at the age of 14.

When I share his story, the first question is always, “How did he do it?” And when people ask that question, they are really asking, “What vehicle did he use to do it?” That’s how people think. They’re hoping to duplicate his success by duplicating his vehicle.

A mentor came along. Opportunities came along. His path unfolded according to his circumstances, his thoughts, his desires and his interests.

He was fond of food. Living in Chicago gave him the opportunity to attend food shows and make contacts. He liked to tinker in the kitchen. He developed a strawberry-vanilla syrup and started marketing and selling it. He sold the recipe for his syrup to an Israeli food company for $1.5 million at the age of 14.

You see how his story, his path is unique to him and cannot be duplicated by you or anyone else. However, the Mindset he maintained throughout his journey is the same that you must maintain through yours.

My favorite Farrah Gray quote is “I am not one in a million. I am one of a million. Anyone can do what I did.”

Again, he’s not talking about the vehicle he used to make his First Million Dollars. He’s talking about the sustained Mindset needed to doggedly pursue that Million-dollar goal over a period of time. The same Mindset you must maintain to achieve your Million-Dollar Goal.